4"x4"x2" pvc box build your own     or     buy the Adafruit IoT Power Relay Module from Amazon
Mountable on the floor, shelf, or wall, plugs into AC outlet.


Since this web page was constructed it was found that parts alone for building an ADT are about $10 higher than a ready-made Adafruit power strip which can be bought for about $24-26, The Adafruit has several other great options.


In either case, whether you build or buy an "ADT", operators can use this (or similar) computer-age Memorex Power Center which mimics a lot of the features the original MADARs I & II had in the last 50 years, at a fraction of the cost.  An ADT (generic name for Auxilliary Data Tasking) or the Adafruit Power Relay Module, plug into an a.c. outlet and have several receptacles. The power center above plugs into it which is activated by the MADAR-III-B DataProbe. Lighted front indicates what items have been turned on or off. For example, we use the far left switch for the alarm system and upon alert status is the first item turned off, once the crew has been alerted. The second and third switch is for two (2-channel) stereo cassette recorders. The fourth is for a voice recorder. The 5th switch leaves room for an extra device. (Caution: Use only low power consumption devices).

The new MADAR-III-B DataProbe has screwdown connectors for a set of 18-2 ga solid copper wires.  These are "dry switch" wires, which means there is no voltage coming off of these contacts and no polarity to be concerned about.

The Adafruit power relay module just needs 5vdc and the contact wires from the MADAR-III-B. Make up a set of coated 18 ga solid copper wires, 6" long. On the Adafruit terminal put the red in the plus terminal and the black in the minus terminal, and screw down tight. Connect the ground (black wire) from the 5vdc source to the Adafruit black (or white) ground wire, using a small wire nut. Run the hot side from the 5 vdc source (red wire) to one of the MADAR switch wires and then a wire from the other MADAR wire to the other Adafruit wire (red). Plug the 5vdc source into the Adafruit "always on" receptacle. Then plug in the Adafruit power strip. At the end of the long set of wires to the MADAR switch, touch the two wires together. The Adafruit power strip should now come on. You are now ready to hook up the "ADT" to the MADAR. After the proper shutdown procedure for the MADAR-III-B DataProbe, connect the two MADAR wires to the switch terminals on the MADAR and lock down. It is advisable that at some point in the line from the MADAR unit to the ADT that an override switch (doorbell button?) should be installed. This way you can check the ADT and alarm system occasionally. Recorders should be put in pause mode when this is done to prevent being inadveratantly turned on.

Note: When you go into alert mode, the recorders already cued up, will record until 3 minutes past the AlertEnd, and then the ADT will shut them down. To prevent data from being confused, new cassettes, or thoroughly erased ones, should be used and labelled, and replaced with new ones.

The ADT's have two receptacles that come on. The Adafruit has a third one that turns off. The fourth outlet on the Adafruit is always on, so you can plug the 5vdc power source for the Adafruit into that one. Anything plugged into the normally off outlets begin to run. These can be for alarm circuits, recorders, etc.

A 5vdc power source can be an inexpensive cell-phone charger. By cutting off the micro-plug end, the red and white (or black) are usually the ones you will use. A simple low voltage checker will do the trick. Some chargers use a USB line so that if the adaptor ever goes out you can sub another one in very easily without any soldering. 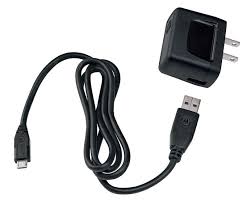 The Adafruit Controlleable Four Outlet Power Relay Module is ready to go for about $26 and can be purchased from Amazon. It is also rated and sfaer to use than some home-built versions

(ADT originally was a security alarm panel used by businesses. Our generic use of the word stands for Auxiliary Data Tasking)ttp://www.nicap.org/madar/equipment/ADT/loTPwrRelay.jpg